It has a short generation time and high fecundity that result in an enormous reproductive potential. The adults and nymphs of A. gossypii feed on the underside of leaves or on the growing tips of shoots, sucking juices from the plant. The foliage may become chlorotic and die prematurely. There is often a great deal of leaf curling and distortion which hinders efficient photosynthesis. Honeydew is excreted by the aphids and this allows sooty moulds to grow, resulting in a decrease in the quantity and quality of the produce. The aphids are difficult to control because of the high propagation rate and its ability to evolve resistance to many insecticide classes.

The control of cotton aphids typically rely on chemical insecticides for a long time. Consequently, cotton aphids have evolved resistance to a wide range of insecticides, including organochlorines, organophosphates, carbamates, pyrethroids, and neonicotinoids. Both metabolic and target site mutations can occur in some populations resulting resistance to multiple insecticide classes. Below table shows the major resistance mechanisms and the impacted chemical classes. 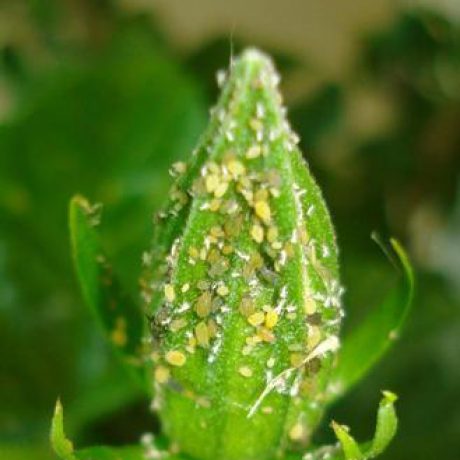