P. ulmi is a major pest in almost all fruit growing regions of the world. The mites feed by puncturing cells of the leaf parenchyma with their stylets and sucking out their contents. This causes physiological changes in the leaves, and photosynthesis, transpiration and nitrogen accummulation can be severely constrained.

Spread of P. ulmi to most apple-growing areas has probably been caused by the distribution of nursery stock carrying winter eggs. A wide host range includes deciduous bushes and trees belonging to the family Rosaceae, but it is in association with fruit trees such as apple, pear, plum, peach, prune and cherry that it reaches economic importance. In commercial orchards, the potential of  P. ulmi to cause severe economic damage necessitates chemical control several times a year often leading to the development of resistance to many chemical classes. 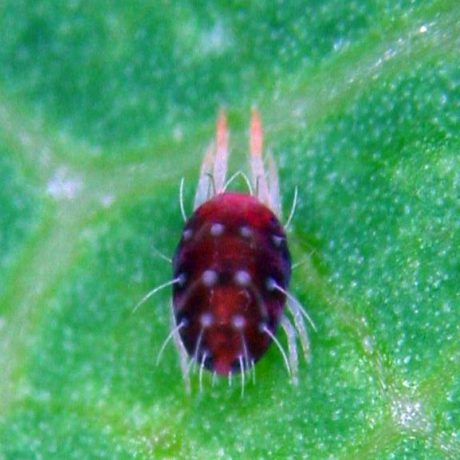