This moth is one of the most destructive pests of the tobacco. Other recorded food plants include cotton, rice and soybean. It is only found in the Americas from Canada to Argentina.

Female can lay up to 2000 eggs, on buds, blossoms or young foliage. Depending on climatic conditions it can have several generations in each season. The life cycle is completed in about 7 weeks.

Newly-hatched larvae usually begin feeding on tender leaf surfaces and other tender vegetation before attacking fruiting forms. Smaller larvae feed on smaller fruits and generally move progressively to larger fruiting forms as they grow. They bore into buds or blossoms and destroy the fruiting structures.

Resistance to DDT was first reported in the 1960s and ever since, Heliothis virescens developed resistance to most insecticides used against it in significant quantities. The introduction of transgenic cotton in the 1990s may have recovered susceptibility to some insecticides in some areas. 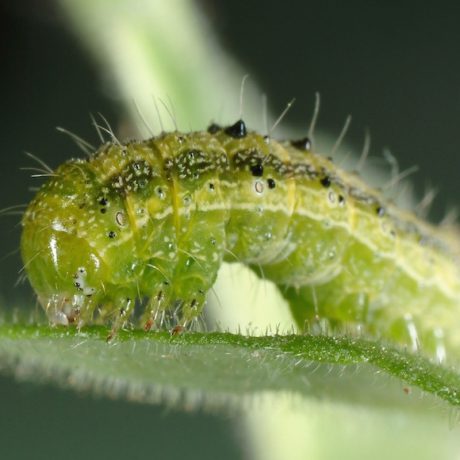