This pest species is very polyphagous, it is one of the principal enemies of cotton and maize, but also frequently attacks vegetable plants: tomato, bean, onions and other row crops: sunflower, soybean.

It is a major pests in several parts of the world, in particular in Asia-Pacific, Africa, South-Europe, Eastern Europe and more recently in Latin America.

Adults appear in April-May and can be observed until October. Females lay several hundred eggs (up to 3 000) on all parts of the plant, flowers and fruits included. Depending on the climate 2 to 7 generations can be observed. The life cycle is completed in about 30 days.

The most severe damage is caused by the attack on reproductive parts (flower buds and heads, fruits and maize inflorescence.

H. armigera has developed resistance to many insecticides from most of the current chemical classes in all regions where it has developed. 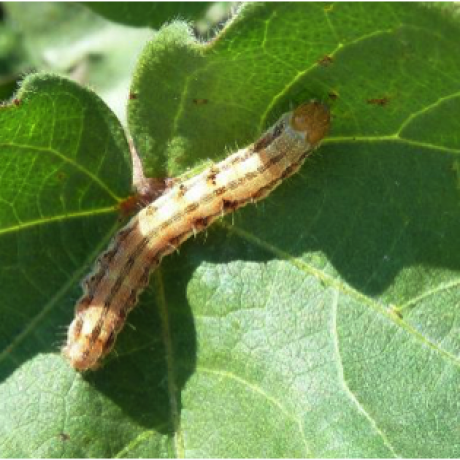