The brown marmorated stink bug (BMSB) (Halyomorpha halys (Stål) (Hemiptera : Pentatomidae), is native to Asia (China, Taiwan, Korea and Japan) and has emerged in recent decades as a major insect pest of worldwide importance due to its exceptional capacity to colonize new habitats. Accidentally introduced outside its native range, BMSB has become established in North America (mid-1990s), Europe (2007) and South America (2017); it has also been detected yet eradicated multiple times in Australia. In regions where it has established, BMSC’s high dispersal capacity, polyphagia (~ 200 host plant species) and ability to compete with endemic species have assisted its fast spread across the Globe.

H halys is a multivoltine species with up to five generations reported in southern China. In the mid-Atlantic region of the USA, it has one or two generations per year. In Switzerland H. halyshas only one generation per year (Haye et al., 2014). Non-reproductive adults overwinter and gradually emerge from overwintering sites beginning around March or April and propagating summer time.

Management programs for H. halys in cultivated crops relies primarily on repeated insecticide sprays. While a number of commonly used products are effective against this pest (e.g., neonicotinoids, carbamates, pyrethroids, etc.), the continuous challenge revolves around the unrestricted influx of new stink bug adults from surrounding vegetation and therefore causes the necessity for multiple, repeated applications.

Recently, more researchers have explored the natural enemy complex and their viability to be introduce into the pest management tactics (IPM).

Heavy reliance on one class of insecticides such as pyrethroids could potentially result in resistance development in H. halys populations. However, at present, there are no documented cases of insecticide resistance. Because of its very broad host range and movement from crop to crop and to wild vegetation within a landscape the selective pressures for resistance development in H. halys are relatively low compared with monophagous and less mobile insect pests. 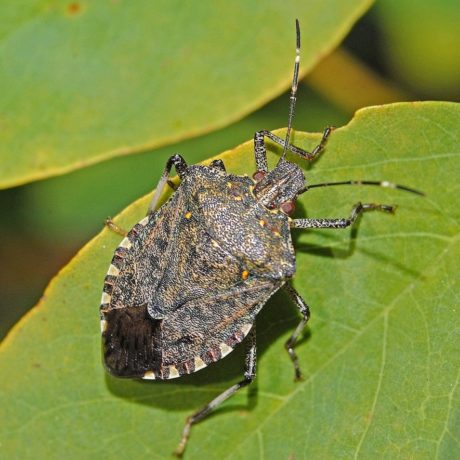 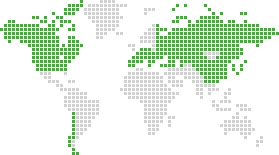