Known as the green-belly stink bug, this is a polyphagous pest of Neotropical origin that attacks at least 29 plant species including summer crops such as maize and soybean and winter crops such as wheat, oats and triticale. Eggs are light green and become darker as they develop until they become dark brown. They are laid in batches of different sizes. Nymphs are oval in shape and measure from 2 to 7 mm at the end of the fifth instar. Development rate depends on temperature and photophase being temperatures lower than 20º  detrimental for development. Nymphs have a brown-greyish dorsal coloration and may be confused with nymphs of another pest, Euschistus heros. It is easy though to differentiate them from the third instar on by abdomen color that is greenish-brown in this pest.

Adults are 9-12 mm long and their rhomboidal body is light brown dorsally with dark spines and green ventrally. Development time from egg to adult takes approximately 27 days and adults may life from 31 to 43 days. Summer and winter individuals show different morphologies. Summer ones have longer dorsal spines and green abdomen while winter individuals show shorter spines the abdomen with a grayish-pink or green abdomen. These differences are due to photoperiod and temperature. In Southern Brazil, this species undergoes winter diapause due to lower temperature.

Adults and nymphs can be found in the soil, close to the base of the host plants or hidden in cultural remains. Attack by this pest leads to plant malformations and weakening, production of secondary shoots and chlorosis. When attack occurs at early stages of plant development, attack may lead to death. Damage is due to insertion of sucking mouthparts and toxin injection that lead to necrosis. Weeds from different families may serve as alternative hosts for this pest, such as Commelinaceae, Poaceae, Leguminoseae, Asteraceae, Lamiaceae, Malvaceae, Solanaceae, Convolvulaceae, Rubiaceae and Amaranthaceae. Higher populations are found during autumn and winter under Brazilian conditions. Maize is more susceptible at its early development stages.

Pest monitoring is accomplished through plant inspection and counting of number of insects per plant or soil. Also, attractive baits are available. Management is achieved  employing cultural methods (removal of cultural remains, weed control) and insecticides applied as seed treatments of sprays. 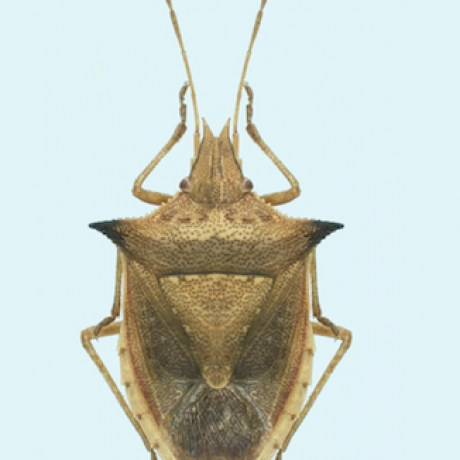